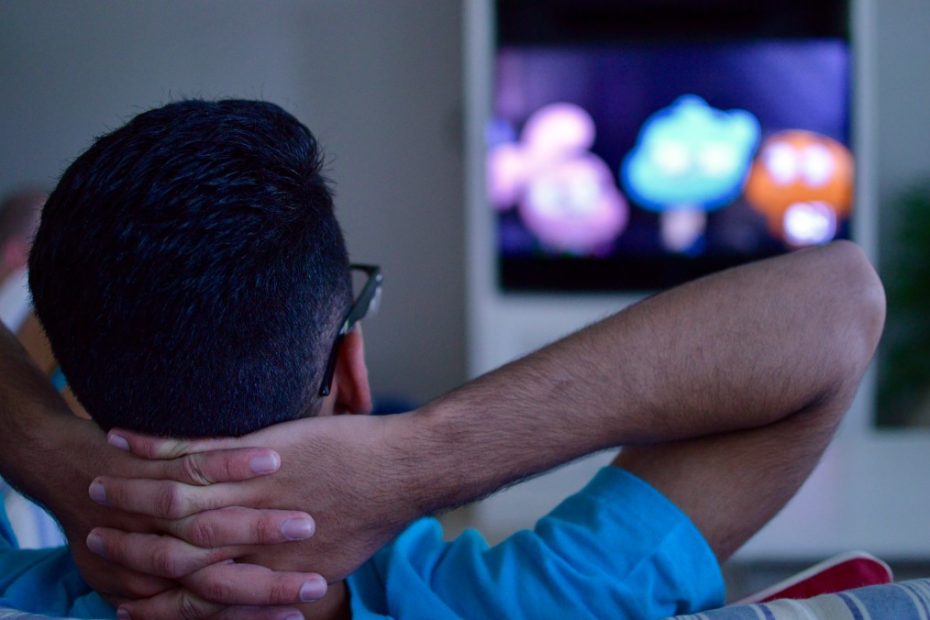 Animation is a medium best suited for children. Sike! It’s totally a genre for adults as well. In some cases, even more so. Especially the young at heart. Television has given us a steady diet of cartoon classics throughout the years, or more like decades. The past and present caricature representations in pop culture have been varied. From the hilarious and innocent to the hysterical and grown-up, we’ve all always had a soft spot for televised cartoons!

Former marine biologist Stephen Hillenburg created this now classic kid’s program for Nickelodeon. It’s an aquatic adventure based within an underwater world called Bikini Bottom. An obvious joke for the adults! It was an instant hit, and Bob ultimately became one of the most popular kid’s costumes of all time. Someone even turned his water world into a full-blown Broadway musical!

Hillenberg was initially interested in teaching kids about life below the surface. The vast, sometimes unexplainable existence of the sea. It was a huge hit! And it made SpongeBob and his buddies household names.

This multimedia franchise originated with its television show back in the year 2000. She and her monkey Boots took kids on one-of-a-kind adventures, through lands most of us have never, and will ever, experience. She’s a puzzle solver. The children’s version of a modern day Riddler. She’s up for any and every challenge and ultimately creates one of the greatest role models for modern day boys and girls.

In 1988, this lasagna loving pussycat received national syndication and his own Saturday morning cartoon. Based on a popular comic strip by Jim Davis, kids tuned in to see the latest antics of this lazy kitty. The merchandise produced by his popularity has easily exceeded the $1 billion money mark. The show, Garfield and Friends, ran until 1994. In 2007, CGI took its place in the future of this genre. This new version of his Orange Highness was just as popular as the earlier one. It premiered on Cartoon Network to amazing reviews and strong viewer support. He’s definitely a cat with nine lives! His legacy will seemingly go on and on for a long time.

After The Simpsons, this Fox sitcom solidified a popularity for adult themed cartoon shows. It spawned “Fox Animation Domination” on Sunday nights, and arguably the Adult Swim channel. The shows initial look is innocent but upon watching is way more mature than that. Much, MUCH more! Stewey is the foul-mouthed brain-to-big for his age baby that narrates a litany of sardonic misnomers directed at his family of fools. He wears a diaper but he’s worldly. He’s in love with his mother, like any good boy should be! But he projects profanity and quips better suited for the local bar.

This classic salmon colored cartoon sleuth was originally an inept human British police agent. The cartoon version came about after the immense popularity of the opening animated sequence of the film. The first in a series of short films won the Academy Award in 1964 for Best Animated Short. These shorts were eventually broadcast on NBC then became the long running Saturday morning show we’re all familiar with today. Or, at least, those of a certain age among us reading this!

As a little guy, my nephew was obsessed with this mischievous monkey. And I guarantee a majority of other children were fascinated at one point or another. He’s the adopted “son” of “The Man in the Yellow Hat”. He’s George’s best friend. He takes him on his wild rides and is always the one to get him out of sticky, banana slipping type situations. A later incarnation of this character, formally named Ted, was voiced by none other than the sultan of humor himself Will Farrell.

This hippy space case warmed our hearts by being an awesome ghostbuster and more importantly a great best friend! He and Scooby-Doo are pretty much joined at the hip. They solve mysteries and most likely get stoned together behind the scenes. For kids and adults, they’ll always be seen as the kind of company we’d all like to keep.

This wild, whirling Looney Tunes character is kind of crazy but sometimes sweet. This trait emerges only with the sound of music. It’s his soothing version of cat nip. Or Taz nip better yet. Just don’t play the bag pipes around this bi-polar guy! They send him into a fury! He’s like a meth head, with the ups and downs of his moods. He can hardly complete a sentence let alone focus on the task at hand.

This Hanna Barbara superstar showed that maybe our long, long distant ancestors were smarter than we give them credit for. The Flintstones was a prime-time sitcom hit for ABC. It ran between 1960 and 1966 originally. Times in the fake prehistoric town Bedrock were special. It was a place in which dinosaurs and cavemen lived together in harmony.

The primitive versions of our modern technology represented in Fred’s world are pretty genius. Their telephones, cars and washing machines are replicas of what we have today but missing some of the most relevant parts. Fred’s a devoted husband and father. And he’ll “yabba dabba doo” anything for a good friend.

This show premiered on Fox Sunday nights when I was a kid in Junior High. And I remember this misfit suddenly becoming public American enemy #1! He was a yellow skinned pre-teen with a mouth better suited for a drunken dude at a bar in the middle of the day. He was always in trouble at school, tormented his brainy younger sister and gave Marge and Homer a migraine to boot. His voice is legendary. He never ages and has lived in Springfield in the longest running television show in history.

This dopey sad sack was definitely an inspiration for teen angst around the globe. He is constantly listening to whiney adults over the phone and dealing with his less than normal gallery of friends. His annual Christmas special is legendary, hooking audiences to their televisions every year. He’s the kid a lot of us felt like at one point or another in our lives. He’s a great guy with good intentions, but his sour puss attitude adds his most universally responsive attribute.

Charlie Brown’s best bud has become ours as well. He’s the most famous beagle in the world and has helped Master Brown through the thick and thin. The television specials involving him are classic and historically significant to some of the most celebrated holidays on the calendar. He is faithful, understanding and very creative! Although he enjoys tormenting Charlie, he certainly has another side to his dog self. A very caring one. He pretends to never know his owners real name often referring to him as “That round-headed kid.” He’s a dog that writes books but never gets them published. He never actually speaks, but the most wonderful thing about Snoopy is that even without words, we know exactly what he’s trying to say.

This animated MTV outing struck a chord with the hearts and minds of misguided teenagers across the USA. Their failures to attract girls and grossly below par intelligence gave them a voice for a generation obsessed with slacker Dom and general stupidity. Critics and audiences paid attention to these under achievers primarily for their sarcastic cynicism and Gen-X version of social commentary. They were the kids in high school with ADHD who weren’t pumped with medication. They eat poorly and will never get close to being class vice president and president. Let alone go to the prom.

He is the father of all cartoon sitcom fathers. He works hard, even when he’s hardly working, at the local Springfield power plant in order to support his yellow-colored family. He loves beer and would spend the rest of his life at Moe’s Tavern if given the option. He also loves his wife and kids but when put on a pedestal, we can all agree Duff brand beer would make the top of that list!

The 1949 cinematic short Fast and the Furry-ous began this dueling duos eventual claim to television fame. The plot is simple and apparently endlessly entertaining. The deceptive and starving coyote keeps trying over and over again to catch and ultimately eat his road running counterpart. Only in the rarest of occasions does he catch his prey. It always finishes the same way though, with the Road Runner well……. running away. This was initially meant to be a parody of Tom and Jerry but grew into fame and success upon its own merits.

This guy’s a Looney Tunes legend. He’s a game player and a game changer! He is a cultural caricature icon and has forever been Warner Bros. official carrot chomping mascot. Everyone knows Bugs and his official slogan, “Eh…..What’s up Doc?” HIs television appearances are astronomical! Most recently HBO acquired his mug, creating the streaming series Looney Tunes Cartoons. He’s a legend that will live on quite possibly until the end of the world.

He’s the most famous cartoon character of all time, hands down. He was created in 1928 by none other than Walt Disney himself. Everyone knows who he is, and I mean everyone! He’s the Meryl Streep of caricatures. The various versions of him spans Centuries. His likable rodent persona has moved into other territories beyond the animated as well. He has his own WORLD for goodness’s sake! The love for this high voiced mouse has spawned a whole other dimension of beloved characters like Minnie, Donald Duck, Goofy and so, sooooo many more. He is the ultimate historical pasquinade.