Best Zombie Movies Of All Time 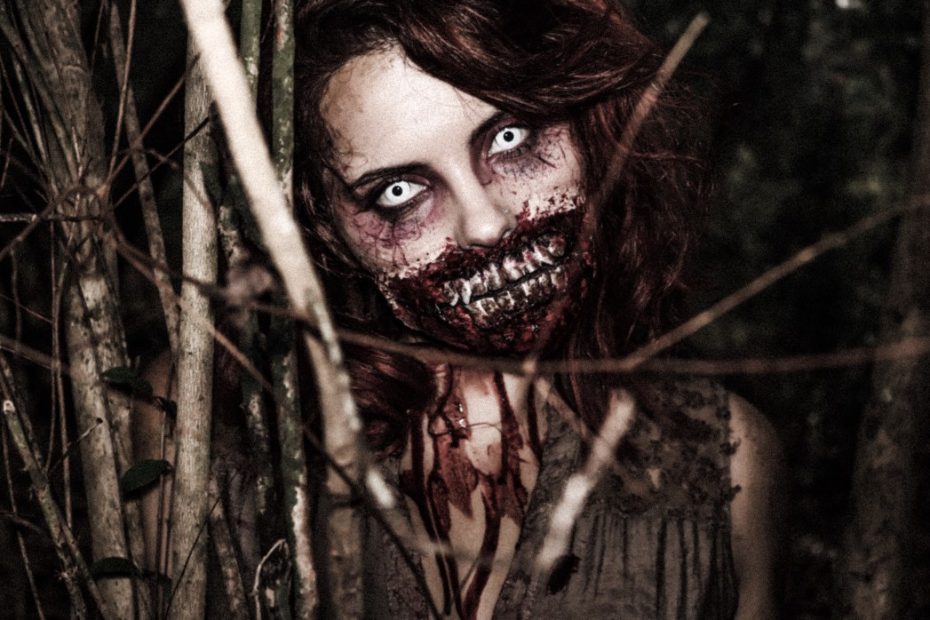 This is a genre introduced by George Romero in the late 1960’s. Since then, the popularity of these undead man eaters has increased with every passing decade. This collection represents the best, the worst of the best, the campiest, and the most memorable experiences movie audiences have had with the living dead.

A winter ski trip becomes hellish for a group of friends in this horror comedy. Their fun is floundered by a curious elderly man. His story is as old as he is. Nazi invaders were forced out of the area back in the day. They retreated to the mountains where they eventually died. But as local legend has it, they still roam the Earth. In another capacity altogether. They have become an army of zombies. The vacationers eventually come face to face with a gaggle of the living dead hell bent on eating them!

Elementary school kids become monsters in this original action comedy. It stars some very popular comedians of the mid-2000’s and definitely doesn’t hold back on the gore. The teachers in this fun-loving freak-out fest must come together to stop the spread of that dreaded playground plague…… the cooties!

A contagion hits a small town. And the residents will never be the same again! A meteorite smashes into the forest of a dull town in South Carolina. Initially a local man becomes infected from a vengeful leech-like parasite. This thing emerged from the falling rock from the sky. It becomes the catalyst in a chain reaction. The mysterious being eventually turns the simple living folk of Wheelsy into disgusting, parasitic grotesques.

A United Nations hired hand takes matters into his own hands when a zombie invasion threatens the future of the planet. Life is simple at the beginning of this film. Until our hero must look at things more complexly. As his society falls apart in front of him, he must face the facts. He becomes a stand-up guy. Brad Pitt showcases his star power, as well as his abilities to carry a Hollywood action film.

A Nice American family buys a brand-new television set. Little do they know it’s a bizarre portal for blood thirsty zombies to invade the real world. The video is never ending. It’s a perpetual film entitled Zombie Blood Nightmare. Even when unplugged, the video remains on. The movie’s central monsters include Jack, The Bride, Ironhead, Jimmy D and Half-Creeper. They are the B-VHS versions of the Cenobites from Hellraiser. That was part of this movie’s purposeful shtick. It was released during the midst of the American VHS horror phenomenon.

A fascinated anthropologist travels to Haiti to uncover a cult-like underworld. Black magic and death ensue. This is a surreal survey of a culture in the midst of social upheaval. The film was a pet project of legendary horror guru Wes Craven. He goes deep into this world, examining police corruption, buried zombies, and witchcraft. All elements contained within the same strange story.

This is famed zombie auteur Romero’s fourth in the six of his living dead movie deliveries. Pittsburgh, Pennsylvania (the greatest city in the U.S. of A.) once again is the backdrop for another one of his zombie manifestation flicks. The world is being held captive by the dead. The only remaining people exist confined behind the guarded walls and electrified fences of a human sanctuary. It is an apocalyptic vision of a world overtaken by the walking dead.

Originally titled Zombi 2, this slasher follows a group of foreigners looking for a girl’s lost father. It takes place on an alluring tropical island. It’s here that these strangers discover a mysterious doctor searching for the cure to the undead. This one is so low budget; the effects are apparently the only thing the producers decided to spend on. It’s a cult classic in its own right. A movie created in the midst of the 70’s zombie craze.

A bio-hazardous chemical weapon is released. Hundreds of thousands of innocent people are transformed into zombie-like beings. Like all great movies in this genre, the survival of humanity depends upon the collective work of a bunch of misfits. A go-go dancer named Cherry Darling runs into her ex at a bar called The Bone Shack. They are both eventually mangled and physically mutilated after the chemical spill. Robert Rodriguez directed this throwback for Quentin Tarantino’s hit anthology.

This underrated dark monster flick delves deep into a world we’d probably rather not see. WWII soldiers are coaxed into the laboratory of a maniacal scientist. Inside, we witness the legion of freaks he’s creating. The production design on this film far surpasses any effects of any movie nominated for an Academy Award that year.

This legendary horror endeavor stars the equally legendary Bela Lugosi. A man uses a witch doctor to seduce the woman of his dreams away from her fiancé. Instead, she’s changed into a zombie slave! The look of the film is primarily a result of the director, Victor Halperin, using props and costumes from other Universal Pictures projects that had been filmed on the very same lot.

This comedy rode on the coat tails of the then burgeoning popularity of zombie pop culture. A quiet kid must grow a pair as he travels across the country during a zombie pandemic. Almost everyone is dead, or at least living dead. And this germophobic twenty-something makes the choice to go see his parents in Ohio. His journey becomes tragically comedic as he rallies through a world consumed with a disease.

Director Peter Jackson’s fabulously flamboyant living dead independent feature rocked the genre with its nutso story and extravagant special effects. It’s also very romantic as the central character attempts to woe a girl amidst the impending mayhem. In the greatest scene in the movie the protagonist’s mother, a snobbish socialite wannabe, holds a meeting in her home for The Ladies Welfare League. She’s been infected though. Her face slowly falls off into her soup as attempts to eat it!

Stuart Gordan brought H.P. Lovecraft’s classic story to life. Jeffery Combs became a household name for horror nerds with his performance as a geeky scientist who thinks he can bring the dead back to life. This was supposed to be a Broadway play originally, believe it or not. It is a cult classic that horror fanatic’s kids, and their kids, and their kids will be watching forever.

Romero’s follow-up explores the results of a zombie infestation at the anywhere American USA mall. Tom Savini’s genius brings the living dead to life. It was surprisingly remade well in 2004 with the same title and general plotline. The original is so cool though because it was able to create a sequel classic contained in a certain environment. Honestly, there’s no better way to make a low budget, independent film.

The world is barren. The only survivors are responsible for saving themselves. Actor Cillian Murphy makes an incredible impression as the leader of this motley crew. He runs around naked, trying to save those less unfortunate. This is Danny Boyle’s first foray into the horror genre, and he made an Industry impression. He went on to win the Academy Award for another movie and continues to remind audiences he’s a genre less auteur.

Simon Pegg made a mockery of zombie flicks, intentionally. Normal, unaffected humans pretend to be slow moving zombies in order to avoid being infected. This is a hilarious farce has made a historic impression on an otherwise serious sub-horror category. They get drunk at the pub, unlike any other day. Then the mania attacks, and the actors handle the story with comedic simplicity.

This is another comical romp on an idea that’s supposed to scare us! Bruce Campbell reprises his role from the first Sam Raimi outing as a man battling creatures, chain saws and everything demonic. It’s flashy. It’s fast. It’s ferocious. Cambell gives the performance of his career. Shit grinned and vengeful, he gives the demons something to worry about!

The original gangster of zombie exploitation. Romero’s low budget fiasco lit the flame for the future of the living dead. This low budget masterpiece brought a brand-new genre of horror to the table. It’s exciting for me because they filmed a chunk of the movie in the Sewickley Cemetery, a suburb outside of Pittsburgh. This is the same town where I grew up, and this cemetery is where my own dad is buried. Now that’s deep. Literally!