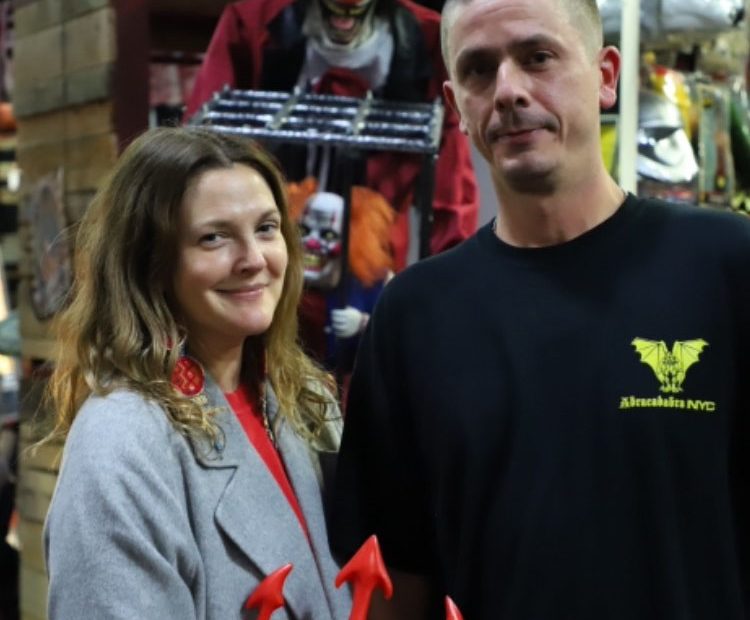 She’s a Hollywood icon. A household name. A woman who has worked in the crazy business of show for more than four decades. She is an actress, a producer, a trend setter, and now a talk show host. Her hefty acting credits include E.T. the Extra-Terrestrial, Music and Lyrics, The Wedding Singer, 50 First Dates, Firestarter, Stephen King’s Cat’s Eye, Batman Forever, Curious George, Wayne’s World 2, Beverly Hills Chihuahua, Fever Pitch, Charlie’s Angels and of course Scream.

As a producer, she was integral in bringing Donnie Darko (2003) to the big screen. It has become a genre cult classic and will forever be remembered in the history of cinema. When it was released, this movie chewed up cinema screens with its simple suburban story distorted into a time traveling feast for the imagination.

She made an incredible feature film directorial debut with Whip It (2009). In it, she showed depth, wisdom, and naivety simultaneously. It was a clash of juggernaut actresses, all rightly placed in a movie directed by a woman passionate and completely knowledgeable about the inner workings of roller derby and human nature in general.

At the moment, Ms. Barrymore seems settled in New York City. She has her own day time talk program, and two beautiful kids. She is a regular to Abracadabra NYC, even giving us a shout out on her show! She always goes directly to our wig expert Tony for his latest creations. And beyond her tiny stature and ability to ultimately blend into a crowd, the way she sounds is always recognizable! It’s one of a kind.

Abracadabra is three stories high, and I was on the top floor one Saturday when she came in. Immediately, I knew the voice! Anyone would! It’s iconic. She is a rabid lover of creativity and enthusiasm. Even with her giant coat and COVID mask, I could still see her eyes. I instantly knew she was passionate and unburdened by people talking about the fact that she was in their presence.

She will forever be America’s Sweetheart, and the fact that she loves Abracadabra NYC will always warm our dark, sometimes cold, hearts!