How To Make Fake Blood For Halloween Or Just For Fun 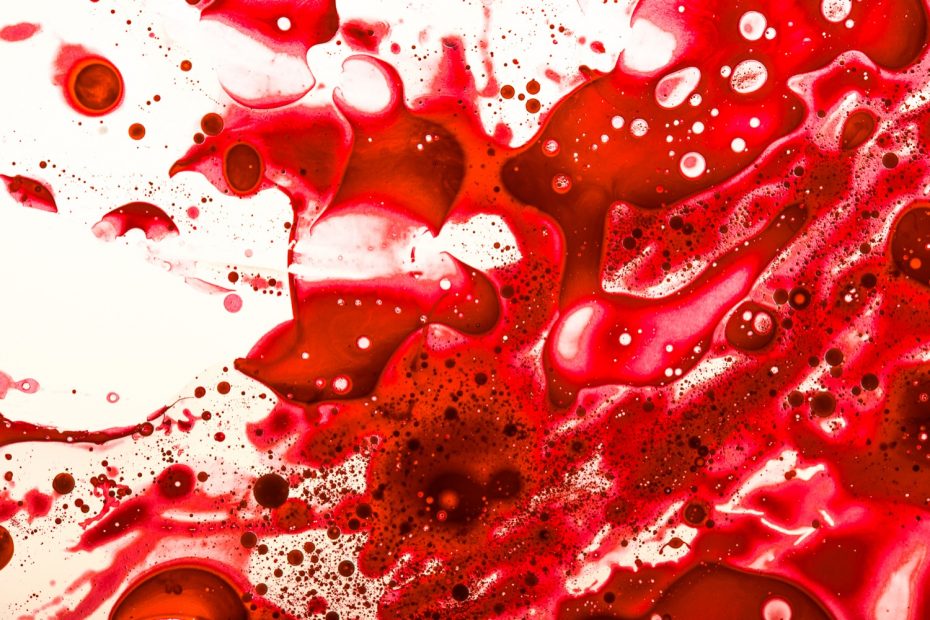 Fake blood is one of those things that’s been around in one form or another for decades. Though movies like Carrie and The Shining certainly took it to a whole new level and somehow made showing off blood the sort of thing that you can do anywhere in pop culture.

In the 1970s and 80s fake blood was usually sold in a little tube that came with any sort of vampire costume. Especially if it came with fake teeth. It was sticky, stained any fabric it touched, and usually irritated a kid’s face.

Today, you might be happy to hear that 21st Century chemistry, and moms who are sick of getting fake blood stains out of their kid’s clothes have combined to come up with some interesting ways to make fake blood for Halloween costumes, cosplay events, and more. Most of them don’t require an advanced understanding of biochemistry or laundry science. They’re just good old-fashioned clean fun!

Of course, fake blood has different characteristics for times when it’s going to be used on skin or clothes. Not to mention if you want to alter the blood to look like it’s caked onto an undead body, or freely flowing from a vicious wound.

Corn syrup has long been the preferred medium for a lot of Hollywood fake blood scenes. It was used in buckets when they made the original Carrie. This fake blood recipe is great for dripping, splattering, and spraying on skin.

If you want the fake blood to look a little “Undead” you might want to try adding 1 to 3 drops of green food coloring, a drop at a time.

Of course, red food coloring isn’t the only way to get an authentic-looking shade of red to fake blood. There are plenty of things in the natural world, as well as some foods that replicate an impressive red color.

With this recipe, you can still use the same corn syrup base. You just substitute the red food coloring with organic red substances such as beet, pomegranate juice, or strawberry syrup.

Depending on the red juice alternative that you use, you might get fake blood with slightly thinner viscosity. This makes a great version for splatter scenes, like the shower curtain in the movie Psycho, or replicating the look of a scene from Texas Chainsaw Massacre.

If you want to play Leatherface in butcher’s white robes, a mad scientist who’s gone awry, or a surgeon who’s bent on malice, but you don’t necessarily want to completely obliterate the clothing, this fake blood recipe might be worth a try. It even goes so far as to use laundry detergent in the recipe! Of course, this means it’s not for use on the skin or near any sensitive parts of your face.

Start by applying a little at a time to the fabric of your choice to see how the fibers absorb the fake blood. Then right before you want to go out in costume, apply on a fresh coat. This will give you a layering effect that sells the suspension of disbelief that it is indeed fake blood.

What’s a gruesome wound of fake guts without a little fake blood to sell the realism? It’s especially in high demand with all the cool cosplay prosthetics out there these days. Whether you want to look like a zombie with its guts splayed open or the victim of a mad scientist’s malpractice, you need fake blood to sell the scene.

Of course, replicating fake blood that’s impregnated into living or undead tissue is as much art as it is science. There’s a certain amount of texture required to keep it from looking like some cheap fake blood was just slapped onto something bumpy.
There are a few things you can do to replicate the texture of guts and open wounds. This might involve chunky peanut butter or oatmeal. Though one of the easiest ways is to use thin strips of toilet paper, which best mimicked the look of vital organs.

In the real world, most people don’t just walk around with gushing wounds and untreated, fresh lacerations. Blood naturally clots and starts to form a scab. Though this scabbing process goes through different stages from simple surface clotting, all the way to a dry, hard scab.

The following technique produces a realistic-looking blood mixture that will darken slightly as it dries to closely replicate the scabbing process. It takes a little over an hour for it to dry, so factor that into your costume prep time.

Making your own fake blood can be as easy as adding red food coloring to corn syrup or another medium. Adjusting it with absorbent physical material such as tissue paper, or corn starch adds textural realism. Best of all, it’s cheap, it’s easy, and you don’t have to wait for Halloween costumes to show up in stores just to experiment with some simple at-home special effects.