Home » Most Famous Magicians of All Time

Most Famous Magicians of All Time 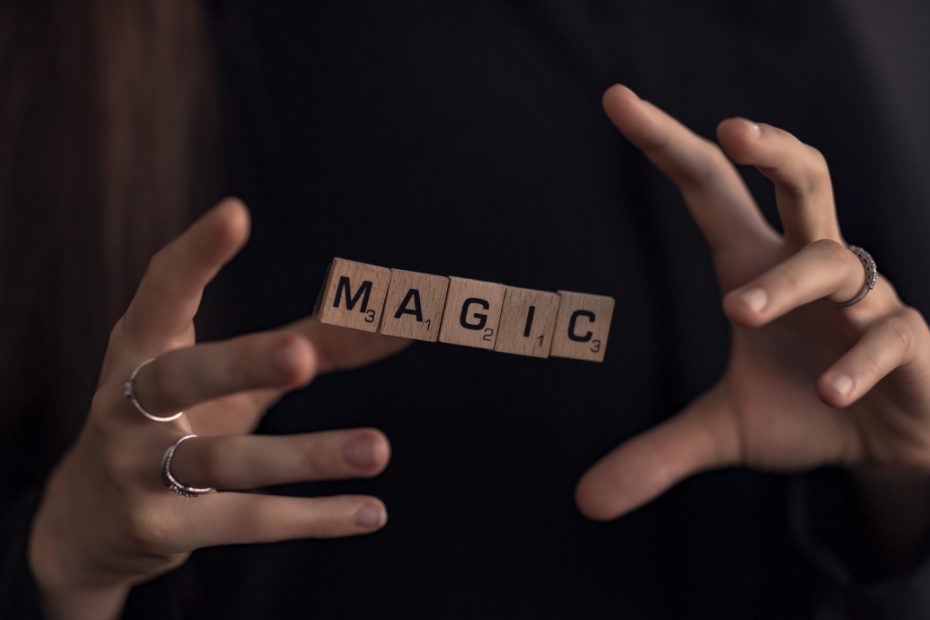 Magic rocks our world. We look in wonder at some of these visual scientists, and gasp in bafflement. It is an art as old as Di Vinci but has come into a more public light with the advent of television, and well………. Las Vegas.

Some of the magicians perceived to be “the best” have been overestimated and others have been kind of ignored. Magic is a staple here at Abracadabra NYC, and this is a group of practitioners we find worthy of acknowledging.

His appearance alone is the prototype for what one imagines a “real magician” to look like. With his pointed goatee and formal dress wear, Herrmann the Great began touring the world with his incredible illusions. He was known as a bona fide lady’s man and people person in general. But his face was also known to conjure images of the Devil. Satan himself. It was his persona of mystery that seemed to help catapult him to magic celebrity.

His use of fancy, over the top posters to promote his performances have become highly collectible in modern times. Some are worth upwards of $1 million dollars. He was definitely also a danger monger. One of his most famous tricks was his ability to seemingly catch a bullet, fired from a gun, between his teeth.

He was an amateur magician starting out at the tender age of 15. At 21, he became the premier Junior magic-man at the Magic Castle located in Los Angeles. He has cited Dai Vernon and Jules Lanier as his top role models while honing his craft as a close-up magic warlock.

On top of it all, Todd is considered by many to be a savvy entrepreneur. He has successfully worked on cruise ships, in bank lobbies, and even for Mick Fleetwood of Fleetwood Mac fame. His ultimate triumph though lies in the creation of Hotel Magic LLC. It is his major platform to bring close-up tricks to hotels and travelers around the world. He is considered not only a magical genius but also one of biblical business proportions.

Mr. Lenier was a magician who branched out into writing his own books as a way to inform the world at large of his craft. Some of his most famous titles include The Complete Hypnotic Act (1974), From Lenier’s Lair (1977), and Mentalistic Follo II (1994).

An inspiration to many a modern masters, Lenier was more a teacher than a practicing magician. He was an Associate Editor of Genii magazine in the late 1960s. He regularly contributed columns like Lenier’s Lair and Knights from the Magic Castle. And like any great friend, he often Ghost wrote for Charlie Miller for Magicana Magazine when Miller was off performing on a cruise ship.

Lenier’s third and final wife Minnette Ella Gersh, a magician in her own right, used her skills similarly to her husband. She was a woman who taught stage magic as a means to improve kids’ reading, writing, and learning efficiency and aptitude.

Born in 1960, Burton is the youngest magician to win the Grand Prix Award at FISM. Otherwise known as the Federation Internationale des Societies Magiques, or translated: The International Federation of Magic Societies. This is considered the Oscars, even the Olympics, of the craft.

In an instant, Las Vegas came a-calling offering Burton the longest performance contract in magic history. He was given his own stage, 6 nights a week and a matinee, to show off his elaborate illusions and people pleasing wizardry. His sleight of hand and work with doves catapulted him to the top position of his generation’s magicians.

“The Professor”, as he’s been called in the biz, is the warlock responsible for establishing the popularity of modern-day close-up magic. The industry respected Magic Castle in Hollywood California is where Vernon grew into fruition. It was there that he tutored and helped to style some of the best close-up magicians of the late 20th Century.

He became a master at pointing out cheats within the profession. The magical fugitives. He also became known as “The Man Who Fooled Houdini.” In a card trick performed for the toted Master of the Craft, he left him perplexed. Houdini was unable to figure it out. Historically, that deserves props unto itself.

Devant was a very popular magician with the wealthy set and royalty in Britain during the late 1800s. He was also a total jokester who incorporated humor into his acts to further the audience’s ultimate magical experience.

He was truly the first of his craft to engage his onlookers with magic plus the original personal touch of laughter to boot. According to the majority of historians, Devant is regarded as England’s greatest magician of the 20th Century.

He was a representative of the world-renowned Maskelyne and Cooke Magic Company. HIs performances and reputation as a lover of his audience led him to become a major participant in British Royal Command Performances.

The scientific, often structured methods of visual magic transformed with his mastery of humor and the ultimate engagement of the audience he was serving. Legend has it Queen Alexandra cracked up, out loud while a spectator to Devant’s “A Boy, Girl, and Eggs” skit at his first Royal Command performance. Her laughter ensued over Devant’s assistant losing track of a never- ending number of eggs being pulled from the magician’s hat.

His most famous routines included the “Magic Kettle” and “Mascot Moth” which concluded with the disappearance of his wing-clad female assistant. Milbourne Christopher, a famed magic historian, called Devant “the Master performer of his time.”

This is the magician responsible for reinvigorating the world’s interest in popular, modern- day magic. In the 1970’s he was initially a Broadway star whose “The Magic Show” launched him to critical and financial success. This resulted in a whirl-win career of equally respected and renowned magical tours.

He was a showman first and foremost. HIs elaborate costuming is a shtick he was widely remembered for. His rainbow lycra jumpsuits gave the popular impression of him as the Liberace of the magic scene. He cut his career short though when he decided to ultimately leave the world of wizardry for a life centered around Transcendental Meditation. Yet his name will always be associated with his flamboyant flair for magic.

He has been called the last official performer in the Golden Age of Magic. He was a lover of giant, grandiose illusions. Although he preferred to perform his antics in larger venues, his intricate use of intimate tricks was a wonder to behold and generated genuinely singular experiences for his audiences.

After purchasing the Royal Dynasty of Magic from his predecessor Doug Keller, he went out of his way to make the event his own. In fame, he has been overshadowed by some of his better-known successors, but he is a legend in his own right in the land of magic. This is most apparent in his far-out-there persona. He adored the people who came to see him. His apparent mantra before each show was, “I love my audience. I love my audience……..”

He was born David Seth Kotkin September 16, 1956. Mr. Copperfield has been described as the most commercially successful magic showman in history. His integration of storytelling with sorcery has garnered him 21 Emmy Awards, 11 Guiness World Records and a career spanning 40 years plus. He has a star on the Hollywood Walk of Fame, he’s an officiated Knight of France and the list goes on….

Beginning at the age of 10, Copperfield was enamored with wizardry. By 12, he was the youngest individual accepted into the Society of American Magicians. He’s said publicly that the skill was originally a stepping-stone to meet girls. Typical straight boy nerd, but well played. He also loved Broadway, unlike your average heterosexual teenage boy. He would sneak into any production he could. He was a hardcore fan of Sondheim and Fosse.

A young and introverted Copperfield used tricks as a way to connect with people. His awkward manner fueled him further to jumpstart a magic career for himself and a new persona all his own. “Davino the Boy Magician”, as he was known in his neighborhood, eventually went on to study at Fordham University in New York City.

After graduation, he introduced the world for the first time to the “Magic of David Copperfield.” This was his first public performance with his pseudo-stage name publicly displayed in Marquee lights. It was presented at the Pagoda Hotel in Honolulu, Hawaii. He then went on to host a magic special for ABC in 1977 which catapulted him into stardom.

Born Erik Weisz on March 24, 1874, this American illusionist is certainly the most recognizable name in the whole of magical history. He was known for his exceptionally original, mind- boggling escape acts. His first foray in escapism was during a vaudeville tour when he asked police officers to try and keep him cuffed, totally locked up. Ultimately, he got himself free and was quickly nicknamed “Harry ‘Handcuff’ Houdini”.

His box of tricks exploded soon after into territories like being suspended between two skyscrapers by a hanging rope and releasing himself from a Hannibal Lector-like grip while submerged under water.

The circus freak with unexplainably genuine talent captivated thousands in 1904 when he broke free from specifically made, layman impossibly impenetrable shackles. Hours of suspense resulted in Harry’s ultimate get away. Yet his talent was questioned right after when an informant made a cryptic comment on the escape. Rumor has it his wife tracked down the maker of the cuffs and retrieved a set of keys just in time for Houdini to break free. A far- fetched notion, or the makings of a scene in a Hollywood movie? Whatever he’s seen as, Houdini was definitely the trailblazer for the future of a cultural magic phenomenon.