Home » Most Powerful Superheroes Ever

Most Powerful Superheroes Ever 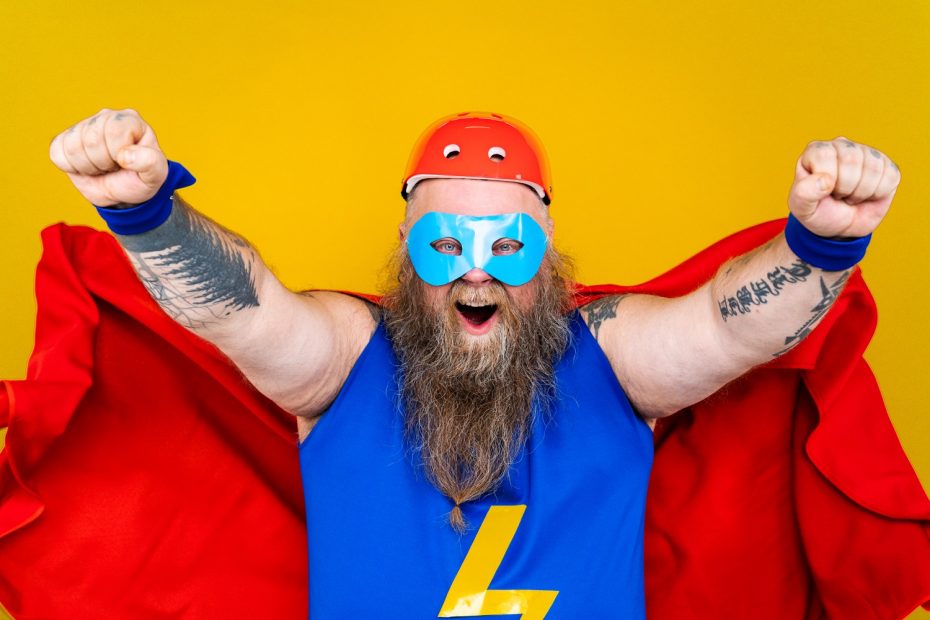 All Superheroes have SUPER strength. But the top tier possesses truly remarkable Heros with gifts that outshine the others. All of the characters on this list are capable of much, much more than the likes of, say, Spiderman, or just “commoners” like you and me. They can all lift at least 100 tons, and the ones closer to #1 much… MUCH more than that!

He is the love child of a human sailor and an Atlantean Prince. He is perceived as a sort of freak of nature by his Subjects. But as their King he looks the other way, trying his damnedest to serve them and their safety first and foremost. He is extremely strong but also SUPER sensitive and emotionally insecure. He is one of Marvels elder heroes and resides under water, and the longer he stays above it, the weaker he becomes…

Originally named Ms. Marvel in 1977, her powers became real after convening with the Kree Warrior Mar-Vell. She was transformed physically into a Human-Kree crossbreed. She then had the ability to lift 50 tons. And then, her number was up! X-Man Rogue pilfered her powers from her. She managed to acquire them once again and was able to then lift 100 tons! She is a powerhouse, but not one of the mightiest.

He was established in 1975’s “Giant-Size X-Men”. Colossus was originally a farm boy in rural Russia, and one day figured out something essential. He was able to transform entirely into Metal. Colossus was already a strong and strapping lad, but with his newfound metallic capacities, his abilities were amplified 1000 times more! He found a place among the X-Men and was then branded as COLOSSUS. Still, his stats only reach 100 Tons…

He is a seasoned pilot and flew a trial-and-error spacecraft into the outer atmosphere. A trip to ultimately be assessed by experts. The radiation field faltered, and Benjamin J. Grimm was metamorphized into The Thing. He grew into a consummate strength trainer, and the results showed! Benjamin beat Namor in an underwater battle of the Beasts. He may have conquered Namor, but he isn’t as brutal or physically bold as the further members of this list!

Girls, girls, GIRLS! It’s so cool when they show up on Power Lists like this. She is Bruce Banner, the Hulk’s, cousin. And when she was shot in 1979’s “Savage She-Hulk” #1, he was obliged to donate blood for her much-needed transfusion. The proof is in the pudding… She acquired her relative’s Hulk-like Powers, but wasn’t nearly as staunch as he was. Though she still preserves a superior knowledge and intense self- sufficiency under the influence of her Hulkdom.

She grew brawny and burly throughout her Comicbookdom, and could have easily beat Hercules in an arm-wrestle but flipped the script in order to spare his self-worth.

Billy Batson was an orphan taken to the Rock of Eternity by the Wizard SHAZAM. He knew deep down in his heart that the boy was something supper special. He was therefore given Hercules’ Power, Achilles’ self-assuredness, Mercury’s capabilities, Atlas’s endurance and Zeus’s ultimate Power.

Batson’s screams the Wizard’s title, and his old self disappears into a Superhero. He is one of DC Comics most courageous Champions. He can handle the Flash with flying colors and makes Superman squeamish during an arm-wrestling duel. Still, he never defeats Superman in a REAL fight! The Man of Steel continually has him cock blocked.

He is an Asgardian God and seen as a protector, with the supreme ability to see and hear everything within the Nine Realms. He stands over 7 Feet Tall and Weighs 600 pounds! How you doin’ Shaq?! His heightened senses give him extraordinary abilities other Superhero’s do not possess. He can apparently hear sap running through trees and see events occur Miles away. He also contains Odinpower, which permits him to channel cosmic energy. BUT can he lift 100 tons?! Not likely…

J’onn J’onzz, the Manhunter from Mars, is a favorite Superhero from DC Comics. He is a shapeshifter with the uncanny ability to modify his body into whomever he desires. He is a hugely successful telepath. His powers transcend all traditional excellence.

He has the ability of invisibility. He can strike someone across the face as hard as our beloved Superman. Sadly, he only makes up for physical strength at the level of Supergirl. Yet, Supergirl continues to grow in might while J’onn J’onzz remains completely stagnant.

Kal-El was sent to Earth to save us from Kyrpton’s destruction, and his cousin Kara Zor-El was there right, behind him. As a sort of Superhero side piece if you will. Ultimately, things got wacky, and she found her cousin had become someone named Clark Kent. She joined the fight for justice as Supergirl. The coolest part- She’s a teenage girl, and one of the most powerful people on the Planet! The CW Channel brought her character back to fruition, insinuating she could become stronger and more prolific than Superman. The writers and Executives were apparently high on something very special…

He is the physical embodiment of God’s vengeance on the Earth. With a Divine Empowerment, giving him unlimited POWER, resulting in his being one of the Comic World’s Most Powerful. He can control reality, along with space and time. He can alter past events. Now, that’s intense. But can he lift 100 tons?

Hyperion is the greatest example of a Superman-like surrogate. There’s an alternate Earth he hails from, star studded with phonies who are of course stand-ins for the real deal members of the Justice League. The Squadron Supreme here was eventually called “Crisis on Other Earth”. And the word “crisis” identifies it as a multiverse based on some very intense story lines…

He first appeared in the Marvel comic book Fantastic Four #48. Born Norrin Radd on the planet Zenn-la. He is a tormented but well-respected entity within the Universe. He has the Power to soak up and control the World’s vivacity. He’s indestructible and able to float through Space and even Hyperspace. His strength level reaches Herculean at 100 tons plus!

He smashed into the deep South in 1837. An Alien who disguised himself as the enslaved African American Woman who had saved him from a fiery demise. His name was originally Augustus, and he grew into a life as a successful, wealthy Lawyer but shit flipped the script when he was robbed by Raquel. She witnessed his powers up close and personal and coaxed him into using them to better her under privileged community.

Icon was a HIT! Milestone Comics’ own Superman. His powers went beyond Superman’s to a certain extent though. The ability to fashion and play havoc with energy one of the most essential. Equally as powerful as Superman, unfortunately we don’t know the extent of this since the two have never traded a confrontation…

She is the possible Love Child of Zeus and Queen Hippolyta. She’s like Superman, although premature visions of her are far inferior to her male counterpart. She is still a powerhouse and has become one of DC Comics thunderous personas.

She is the Strongest Woman in the Universe. This Goddess was exposed to the extreme in 2012 when she took off her unbreakable armlets, only adding to her abilities. It was in 2002 though that our hero was trapped in the unexplainable wrench of a Black Hole! J’onn couldn’t even break free from it! She ended up saving him though, with just the jerk of her Lasso!

He is the God of Thunder, and the Prince of Asgard. Without his trusty, mighty Hammer Mjolnir he wouldn’t be the same. He is an unmatchable hero in the world of Marvel Comics. His strengths are unreachable and entirely complex. He is “The God of Strength” and REALLY HOT to boot! His belt, called the Megingjord, is his safety device. Without it, he may have nothing but his superior physique. The belt is actually his lifeline. Still, he will always be known as THE GOD OF STRENGTH.

Clark Kent always knew he was… different. He took this sense of empathy to work and make the World a better place. He re-invented himself as Superman- the coolest and one of the strongest Superheroes our Universe has ever known!

In the last 80 years, his Powers have increased exponentially. He leaps tall buildings in a single bound! He can fly around the Earth’s atmosphere and is as powerful as a locomotive! This is an antiquated statement, but a Classic description. He brings Planets together. He’s the Freddy Krueger of Space and Time.

Poor Dr. Bruce Banner…drenched in the radiation of a Gamma Bomb! On the bright side, he does become the strongest Superhero of ALL TIME. The Hulk’s strength really has no limits. If he becomes upset, Dr. Banner must deal with the crushing aftermath. But then of course, he enjoys the fighting! And the angrier he gets, the fiercer the fighting becomes. He’s a repetitive loop. A monster that only grows stronger the angrier his sub-conscious becomes.