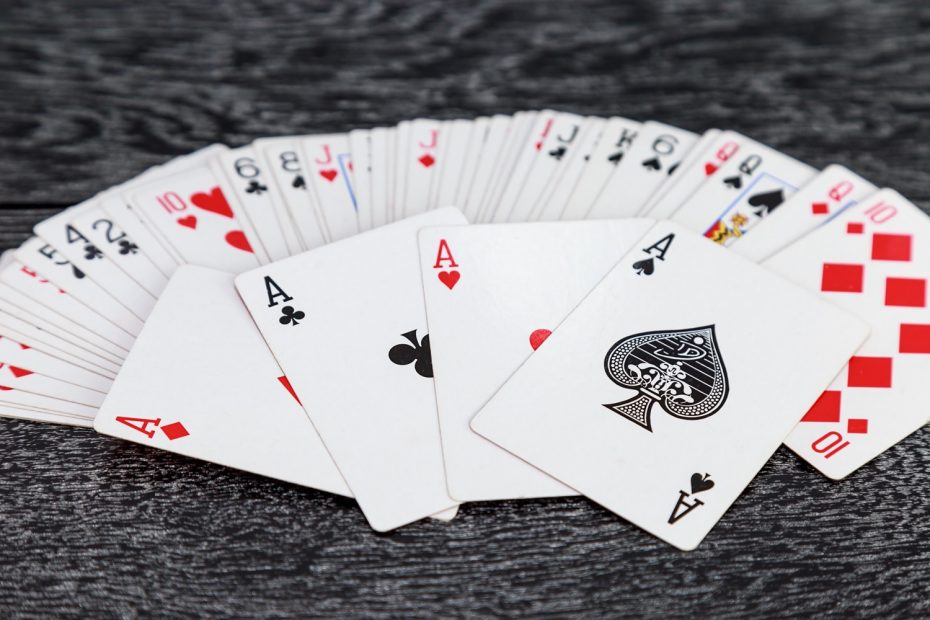 A Svengali Deck is one of the most versatile and popular magic trick decks in the realm of performance art. It is considered by magicians and performers at every level as being a “Classic” with gimmicks and effects to suit just about every experience level from novice to expert.

To that point, Svengali decks are usually included in “Beginners” magic sets. Though there are certainly some high-end decks out there coveted by experienced professional magicians.

A lot of Svengali tricks call for some level of sleight of hand and performance craft in order to secure the suspension of disbelief. To understand them best, it helps to take a quick look at the Svengali Deck’s history.

The original Svengali Deck was invented in 1909 by Burling Hull and marketed by WD LeRoy. It started out as a trick deck that features every other of the Svengali cards as the same card. These alternating same cards are also cut short on the ends, by a nearly imperceptible amount.

This means that a typical Svengali deck would have 26 short cards that are all of the same value, and 26 regular length cards that looked the same to a spectator’s eye, but could be felt in the hand of the magician.

How Does A Svengali Deck Work?

A Svengali Deck produces an effect that when the cards are riffled one way, the matching cards are never seen. Rather only the other different cards are seen, which means it looks like a normal deck with many varying cards.

Though a Svengali deck can also produce an effect where a specific card vanishes from the deck since it’s not seen when riffling the cards. Then when the cards are riffled the opposite way, the opposite effect is produced, and only the exact same cards are shown.

The performer can present the effect with all the cards in the deck being turned into that one card.

How Do You Set up a Svengali Deck?

A Svengali Deck needs to be set up with every other card being a short card. You also need to make sure that the short card matches the same value as the next normal “Long Card” in the sequence. You will alternate between regular cards and short cards throughout the deck.

What Is A Reverse Svengali Deck?

A reverse Svengali deck functions very much like a normal Svengali, except that you dribble the cards face up in order to have a spectator call stop and choose a card. Then you have to be mindful that everything is done in reverse in the orientation that you hold the deck from a normal Svengali.

Can I Use Any Shuffling Style With A Svengali Deck?

Shuffling style is critical to a Svengali deck of cards. While it takes well to a lot of shuffling techniques, the one it is incompatible with is the “Overhand Shuffle.” For a Svengali deck to be used correctly, the cards must stay in an order where every short card is followed exactly by one regular card of the same type.

Can I Use The Riffle Shuffle For A Svengali Deck?

The Riffle Shuffle is one of the easier ways for an experienced card magician to use a Svengali deck. It uses the ends of the cards. The way the Svengali deck is set up, all the cards will always fall off your thumb in pairs.

When using the Riffle Shuffle to shuffle the two sides together they will always maintain the alternating order. Yet the inexperienced spectator might never even notice!

Can The Charlie Shuffle Be Used With A Svengali Deck?

Charlier shuffle will also work with a Svengali deck as it effectively preserves the alternating card order. Once you’re ready to have a card selected, you can do one of two things with a Charlie Shuffled Svengali Deck.

The first trick calls for dribbling the cards until the prompt spectator says “Stop”. The top card of the pile will always be one of the short same cards.

The second trick you can do with a Charlie Shuffled Svengali deck is riffled the pack with the ends toward the spectator. Then ask them to stick their finger into the pack whenever they like. When they do, their finger will always be resting on top of one of the short, force cards. This is one of the easier ways to use the Svengali as just a force.

What Are Popular Tricks Can You Perform With A Svengali Deck?

There are a lot of great tricks you can perform with a Svengali deck. With new tricks seemingly being invented every day. Though there are some tried-and-true classics.

Locate a Card Over & Over

This is a classic locating trick where the spectator is prompted to select one of the short cards, seemingly at random. They look at it and then return it to the Svengali Deck. You can then choose to shuffle or cut the cards, making sure to preserve the alternating card order.

Should your spectator name an odd number, you can just count down the cards, dealing them one by one, until you show the card that you end on. Since you will end on an off number, it will always land on a short card, which will always be the card that matches the one the spectator picked.

If the spectator names an even-numbered card, all you have to do is count down as before. Except instead of flipping over the card you end on, you dramatically deal that card to the top of the pile you are dealing to. At that point, the card that is now on top in your hands, and will be a short card that matches the one the spectator chose.

Using A Svengali Deck To Spell The Name Of A Card

You can also use a Svengali deck to essentially spell the name of the card. Though this requires you to keep track of how many letters are in the name to know which card to turn over.

Using A Svengali Deck For A Pick-A-Pile Trick

You can also use a Svengali deck as part of a pick-a-pile trick. This starts with having the spectator cut the deck so that the card that is left on top will be their card. So as they cut the deck by grabbing the ends of the pack, then their card will be on top. You could also cut the deck into three separate piles.

Then ask the spectator to point to one of the piles, and the top card will be theirs, no matter which piles they point to. This is because all the piles will have a short card on top!

One of the best tricks you can perform with Svengali Deck is to place one of the short cards on the face of the pack. You then dramatically dribble the cards face up so that it looks like the entire deck turned into the spectator’s card. This can be done simply by riffling one end of the cards with your thumb into the other hand, all while the cards are face up.

Are There Drawbacks To A Svengali Deck?

Svengali decks do have a few minor drawbacks to be aware of. They do tend to be good for beginning magicians and are sometimes even used by professionals. However, there are a few limitations.

The Deck Must Be Ready

Right off the bat, you need to always have the Svengali magic deck on you in order to perform, and it needs to be set up in sequence. You can’t perform with an ordinary deck.

The sequencing of a Svengali deck means that the spectator cannot examine the deck, or they will learn the secret.

Can’t Be Used For Other Card Magic Tricks

A Svengali deck is limited to only being able to perform Svengali card tricks with the deck. You’ll have to switch decks if you want to try a different type of card magic. This can break the suspension of disbelief in some skeptical spectators.

Svengali Decks have been around for a long time, and they are frequently sold in a lot of retail novelty shops. Some savvy spectators might be aware of them and how they work, which can lead to heckling in a small street or stage performance.

Where Is The Best Place To Buy a Svengali Deck?

Svengali decks are relatively common. You can find them at ou retail magic shop, so come on in and we can even show you how to use them.

We sell decks that are printed on the same stock as standard playing cards by recognizable manufacturers like Bicycle and Hoyle. These Svengali decks further help cement the suspension of disbelief.