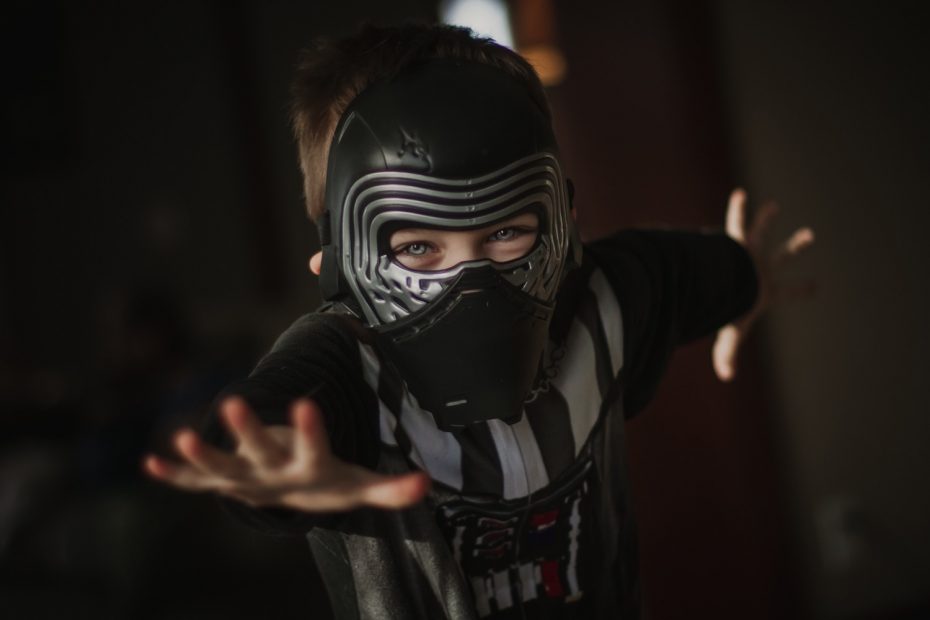 Star Wars Episode IV A New Hope exploded onto screens in 1977 offering an experience that elevated science fiction movies from being B-rated films to the height of pop culture. Right after the opening crawl, we are treated to an epic battle between the Tantive IV and the imperial star destroyer the Devastator.

The Tantive IV with Princess Leia and the secret plans is captured and boarded by Darth Vader, who instantly became the more fearsome villain in science fiction history. While he towered over the rest of the characters and much of the plot line, we eventually found that Darth Vader was just one of many iconic bad guys in the Saga. Since being taken over by Disney in 2012, the Star Wars franchise has spawned droves of bad guys all throughout the Galaxy Far Far Away.

The military commander of the First Order from the sequel era of what’s come to be known as the Skywalker Saga, General Hux gave some speeches that were reminiscent of Adolf Hitler. He did have some great moments, but he was also used for comedic relief at times, which knocked his powerful persona down a few notches.

In the expanded universe and some of the animated Star Wars shows like Rebels, we get to see a little bit of Grand Admiral Thrawn. He’s teased as being a major villain in future Star Wars shows and possibly even movies yet to be filmed.

When he does show up as a major bad guy in the canon universe of Star Wars he will certainly be a force to be reckoned with, and will surely move up the ranks of all-time Star Wars bad guys. Though for now, he remains a little bit of a placeholder villain, whose story is more than a year away from landing.

Krennic is the primary villain of Star Wars Rogue One. He helps drive the plot by is a character who’s drawn criticism for its lack of character development. Krennic was a part of the Republic for a short time and is one of the imperials who has known both sides of the political structure of the Galaxy Far Far Away.

He plays a pivotal role in the Skywalker Saga in that he oversaw the development of the first Death Star, and his arrogance allowed the fatal flaw to persist, which Luke Skywalker would eventually exploit at the Battle of Yavin.

As the leader of the Crimson Dawn crime syndicate, Dryden Vos is one of the most powerful gangsters in the Galaxy Far Far Away. He arguably doesn’t get the screen time he needs to be considered a major villain. We do learn that the Crimson Dawn is ruled over by what’s left of Darth Maul, which further knocks Vos’ villain status down a notch.

Still, he is shown to be cunning and intelligent throughout Solo. He’s even given a great combat scene where he uses his Teräs Käsi, which is a combat style designed to fight Jedi. It makes him a powerful character, even if he is a pawn.

Cad Bane has a larger presence in the animated Star Wars shows and the Expanded Universe/Legends than he does on screen. He is a ruthless, bounty hunter character from The Clone Wars that fans have been clamoring to see on screen for years.

He made his live-action debut in the Book of Boba Fett, where we get to see more of his impressive fighting ability, In the animated series, he is portrayed as caring about nothing but the money and the job at hand completes. He even manages to survive battles with Obi-Wan, Anakin, and Ahsoka throughout the Clone Wars.

The Phantom Menace is arguably the least popular movie in the Skywalker Saga. So, people sometimes forget about Nute Gunray’s status as a true Bag Guy. Still, he and the Trade Federation drive the antagonist plot responsibilities through the beginning and climax of Episode I. One could also argue that he was a pillar of the Separatist movement that frames the Clone Wars.

Moff Gideon shows up as the overarching villain of The Mandalorian. This was the first live-action show Disney put out since taking over Lucasfilm. Gideon commands his own forces and is doing his best to restore whatever parts of the Empire’s influence he can. Though for the most part, the Empire has fallen by the time of the Mandalorian.

Yet Gideon has a cunning mind, a powerful will, and is well versed in combat. He pulls some heart-stopping moments in the series, including managing to abduct Grogu. Then he loses the dark saber a little too easily, and Luke Skywalker suddenly appears for a full dose of Deux Ex Machina to save the day. This all largely reduces any sort of lingering fear that Moff Gideon will be back to raise his rank as one of Star Wars’ top bag guys.

Boba Fett is another one of those characters who rose to popularity despite minimal screen time. His ability to track Han Solo in The Empire Strikes Back, is the stuff of legend. Then he faced what looked like an, unfortunately, demise in Return of the Jedi, when he was accidentally knocked off a skiff and suffered a rocket pack malfunction.

Years later we got a taste of him as a plucky kid helping his father Jango to foil Obi-Wan in Attack of the Clones. The Book Of Boba Fett humanized the bounty hunter by making him a sympathetic protagonist, bordering on being an anti-hero. The fact that he rides a rancor into battle, and runs a crime syndicate daimyo on Tatooine leaves him just barely within the definition of being a “Bad Guy.” Though he’s one you can respect.

When it comes to the hunt for Jedi who escaped the Purge of Order 66, the Grand Inquisitor serves as Darth Vader’s right-hand man. He’s powerful enough to be given free floating reign, without being a directly conscripted part of the Imperial military machine. He’s a top Jedi hunter, who managed to get his Revenge on Third Sister Reva in the end.

General Grievous was just sort of thrown at us in Revenge of the Sith because someone needed to take over the Separatist army after Dooku’s early demise in the film. The fact that he commanded the droid army, and has a major fight scene with Obi-Wan makes him one of the top bad guys from Star Wars movies, but we really learned more about him in the Clone Wars animated TV shows, which give him more credence as a truly diabolical villain.

As one of the most notorious gangsters in the Galaxy Far Far Away, and the head of the Tatooine daimyo, Jabba the Hutt is one of those behind the scene’s bad guys that sticks in everyone’s memory. He is the driving force for much of Han Solo’s plot line in the Original Trilogy, and we even get a glimpse of him in Episode One at the Pod Races. We also get a deeper appreciation for just how much influence he had in the Galaxy Far Far away in the Clone Wars animated TV shows as well as stories of his reputation in the Book of Boba Fett.

Count Dooku is the major behind-the-scenes villain for Episode Two Attack of the Clones. He also gets a major lightsaber fight with a decapitation death scene in Revenge of the Sith. Though it’s perhaps his cutting off of Anakin’s arm that gives him a legacy in the Skywalker Saga and the Galaxy Far Far Away.

You have to respect the fact that for many years Dooku was not only second to Sidious in the Sith Order, but he was also the leader of the Separatists. He had an extremely sharp mind and an air of true nobility to his character that made him an accomplished political leader as well as a potent combatant. He just wasn’t cunning enough to see that Darth Sideous had planned on replacing him with Anakin Skywalker.

While he will never be known for his prowess in battle, Grand Moff Tarkin was a strategic genius within the Empire. One could argue that he’s the primary bad guy of A New Hope, were it not for Vader’s story responsibilities. His cold, casual willingness to blow up Alderaan and test the Death Star on the people of Jedha shows that he was never going to let rebels get in his way. It’s a pity that he died so early in the original trilogy, but he had to give way to Vader in the plotline.

Darth Maul blew people away with his savage look and his ability to weight a double-bladed light saber with ease. He manages to kill Qui Gon with little more than a snarl and then waits to do away with Obi-Wan. Though like a lot of Sith Lords in the Galaxy Far Far Away, his arrogance was his undoing, and Obi-Wan caught him off guard, cutting him in half.

Of course, Maul was such a popular bad guy in the Star Wars fandom, that he got a second chance to revitalize as the leader of Crimson Dawn, with scenes in the animated Star Wars TV shows. One hopes to see more of his story unfold in future movies and live action TV shows.

Kylo Ren is redeemed at the end of the Skywalker Saga, which puts his true status as a “Bad Guy” in a little bit of a gray area. He destroys a lot of things, harasses a lot of people, and kills his own father, making his mother Princess Leia sacrifice her own life to the force to wake him up. So, his redemption gets a little bit of an asterisk after leading a pretty evil life.

The tale of Anakin Skywalkers fall to the Dark Side and redemption is the stuff of legend in the Galaxy Far Far Away. Vader was known as the most hated man in the galaxy. His willingness to betray, bully, murder, and destroy preceded him. If his booming deep voice and looming height weren’t enough to intimidate other characters, then he could just simply choke them for their insolence.

He served as the number two Sith Lord for most of the Empire’s 24-year reign. Had he not been put into the suit, he likely would have overtaken Darth Sidious and would have become Emperor in his own right.

Darth Vader’s redemption and his love for his son Luke brought balance to the Force in its time. Throwing Sidious down the reactor shaft represents the end of Darth Vader the bad guy and the return of Anakin Skywalker.

The redemption of Darth Vader and newer shows like Obi-Wan Kenobi that portray the humanity of Darth Vader, have elevated Darth Sidious to the position of being the ultimate bad guy in all Star Wars movies.

He was the puppet master during the prequel trilogy, causing the fall of the Galactic Republic, and the Jedi Purge. He moved the pieces into place to cause the clone wars, and turned one of the galaxy’s greatest heroes, Anakin Skywalker, into the most hated man in the galaxy, Darth Vader.

As the Emperor, the Death Star is Sidious’ crown jewel for mass destruction and dominance throughout the Original Trilogy. He even used his power and influence to push Darth Vader against his own son. We are given the idea that he’s defeated once and for all at the end of Return of the Jedi.

Then we find out that he’s escaped ultimate death. He uses his dark side abilities to embody the strand cast Snoke who commands the first order. He would have gotten away with it too, had his granddaughter Rey not gone to Exegol, to embody the Jedi and defeat him once and for all! There is no greater bad guy in the history of the Galaxy Far Far Away, and he stands as the ultimate villain for an entire movie franchise.