Top Vampire Movies of All Time 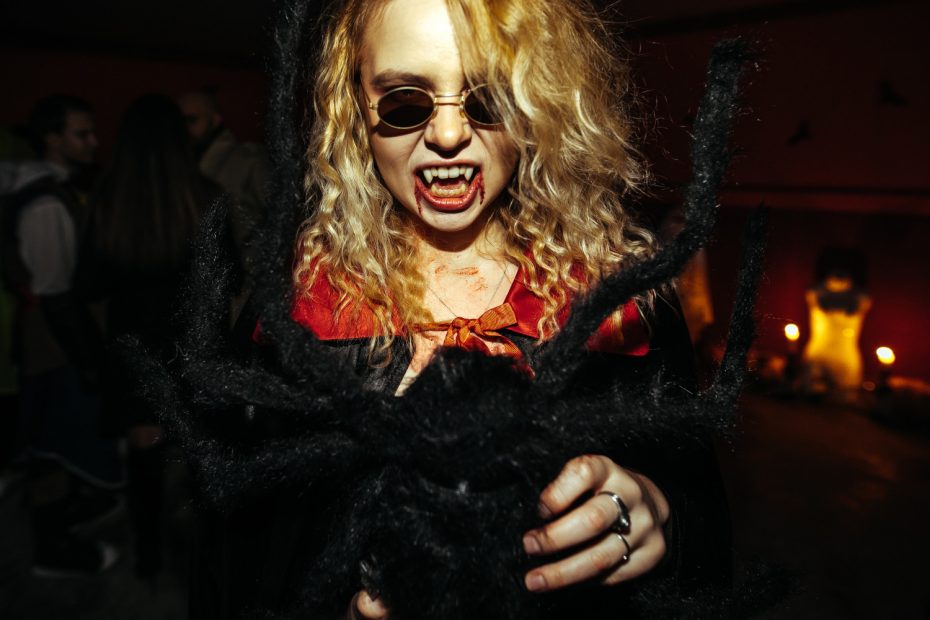 Dracula’s now legendary persona was first introduced by author Bram Stoker in 1897. Today, the shape shifting man/creature Stoker initially conjured has arguably become the most popular vision of horror in history. The incarnations of his essence are varied though. Actually, they are all over the map! Yet the fundamental essentials behind what it means to make a vampire have remained eternal. Just like him. This list constitutes the greatest accomplishments in filmmaking that brought the vampire, in all its forms, to human audiences.

Before he was a huge star in the 1990’s, Jim Carrey made this campy, teen romp comedy. He plays Mark Kendall, the quintessential dork of his high school class. He is seduced by a busty, blonde countess at a Hollywood nightclub. She’s also a vampire! It wasn’t a hit when it came out, but Carrey’s eventual stardom brought it back from the dead. It’s since become a cult comedy horror classic.

Oscar winner Neil Jordan delivered this underplaying mother/daughter vampire flick. It was a success with critics but delivered less than desirable results with a general movie going audience. It was an art house pic though, concentrating more on emotion than action. The central character, a young vampire, has a habit of writing down her sad, long, life story and throwing it out as she goes along. Eventually, an old man finds these pages, reads them and discovers exactly what she is. Subtle vampiric mania ensues!

This is ultimately a family story. It’s about people searching for a safe sanctuary. They are looking for a way of life, away from the pressures of modern-day Vampire living.

This Swedish import is sweet, romantic and at times deeply disturbing. The crucial elements of this sleeper hit are the tiny details director Tomas Alfredson brings in from the mythologies of the vampire. The fact that they must be invited into your home is an essential one in this case. This movie was a huge award winner. These included the Saturn Award for Best International Film. Best Narrative Feature at the Tribeca Film Festival. It’s nomination for Best Foreign Film at the 63rd British Academy Awards solidified its importance. And a lot of times the American Oscars get things wrong.

Quentin Tarantino wrote and stars in this mid-90’s action vamp classic. The premise is simple and obviously ‘Tino-esque. Two robbers find themselves trapped inside a Mexican saloon with a fanged fiend clientele. Witty banter and blood ensue. It was a huge box office success and generated multiple direct to video sequels. Those were the days…… direct to video!

This animated film features the voice of Adam Sandler as Dracula. It was a hit and spawned four sequels. When a human falls in love with his vampire daughter, Dracula goes bonkers! TO him, this is unacceptable. It’s also a classic Hollywood romantic comedic ploy! It’s really entertaining for kids. And like any great children’s movie, it hits the right number of adult notes for the grown-ups.

Before she was the first woman to win a Best Directing Oscar or the wife of James Cameron, Katherine Bigelow made a violent vampire movie that’s so dark it’s awesome! This neo-Western starred Bill Paxton and Lance Henrikson. The central character, Caleb Colton, is bitten on the neck by a beautiful stranger. As the sun comes up, his body begins to become the poster child for a burn center.

The majority of this movie takes place in a rural bar where the blood sucking persists! This is a gothic story worth a look. Then another one in fact.

Director Tod Browning brought Dracula to the silver screen with Bela Lugosi as the Count. This is an essential compliment to the old world of classic Universal Studios horror monster movies. Strangely the same studio sets were being used, at night, for another version of Dracula. That one was a Spanish-language vision of the same tale.

In 2000, Dracula was chosen by the United States Library of Congress as one to be preserved for its culturally, historically and aesthetic significance.

Blade is a human with vampire abilities but also the ability to fight them off ferociously. The central character, Deacon Frost, is blood hungry Public Enemy Number 1! This is a deeply dark superhero film with the sentiments of horror and vampires powdered on top. It was so popular, it spawned numerous sequels.

This television show of Stephen King’s giant novel was directed by Tobe Hooper right after the crazy success of his independent groundbreaker The Texas Chainsaw Massacre (1974). Vampirism is spreading! Corpses revive on the slab! Heart attacks are had! You can imagine, it goes on…. This was, after all, a television miniseries.

The books this blockbuster movie series are based on are the reason young adults became so completely enamored with Vampire culture. Written by Stephenie Meyer, the novels were an escape for teenagers. They became a cultural phenomenon, and a religion of sorts. Kristen Stewart and Robert Pattinson played star crossed lovers in a teenage dream from the dark side. The money these films made is out of the park and their status as classic love stories will be felt for generations to come.

The original ’80’s flick is a classic. It was remade with a great cast in the 2000’s but didn’t come close to holding the same candle. The new one kind of flickered and burned out. Tom Holland’s directorial debut follows Charley Brewster. He’s a kid who’s slowly convinced himself that his brand- new next-door neighbor is a blood thirsty vampire. Roddy McDowall is exceptional as a late-night horror television host, ala Elvira. He’s the only one who believes the boy and helps to fight the fight against the new neighborhood Dracula.

This movie rocked my world when I saw it as a 12-year-old kid! Two- time Academy Award winner Hilary Swank’s first role was in this flick as a bubble headed cheerleader. But Kristie Swanson was the catch in this case! She played Buffy. A hardheaded high schooler with the ability to stake out Vampires and stake them to death! The greatest thing about this movie was the reemergence of Paul Reubens, infamously known at the time as Pee Wee Herman. After his public spill, or squirt, at a Hollywood porn theater, he hadn’t been seen. Until now! He’s hilarious as one of the top Vampire’s goons searching for young blood.

Willem Dafoe received a much-deserved Oscar nomination for playing an actor playing a vampire who actually is a vampire. This is a fictionalized, behind the scenes horror comedy about the making of the classic film Nosferatu (1922). Things start getting fishy when crew members start being murdered. Max Schreck, Nosferatu, becomes irreverent. This is a very original addition to a genre based in churning out the same kind of character, with the same intentions, over and over again.

This movie was a game changer for boys and girls growing up in the late ’80’s. It is a blackly comedic examination of teenagers living in Santa Cruz, California and the result of their introduction to a sub-human cult of Ferris Wheel vampires. The star-studded cast was a plethora of heartthrobs and up and coming Hollywood heavy hitters. And Diane Weist, of course, as the sympathetic and lonely mother. Even the dad from future Gilmore Girls (2005) fame shows up as the King of the Vampires. Spoiler alert! This is the darker, less romantic version of the Twilight series.

The most popular book at the time went on to become the most controversial Hollywood film in pre-production history. Neil Jordan, fresh off the critical and public popularity of his polarizing Irish crime drama The Crying Game (1992), signed on to direct Anne Rice’s bestselling novel. The casting was initially a shit show.

It’s rumored that Jordan originally saw Cher in the central part. This eventually went to Tom Cruise. The director was apparently playing off the gender-bending success of his previous Oscar winning movie. Kristen Dunst made her premiere performance here. It was completely worthy of an Academy Award nomination. She didn’t get one though and had to wait until this year, when she was gifted the honor for her performance in The Power of the Dog (2021).

With three Academy Awards under its belt and a hip cast of actors, Francis Ford Coppola’s intricate adaptation of Stoker’s legendary book was a cultural film phenomenon when it was released. Even the theme song “Love Song for a Vampire” by songstress Annie Lennox was an international hit.

Gary Oldman plays the elderly version of a Count who becomes obsessed with his accountant’s fiancée. She is played with spectacular beauty by the lovely Winona Ryder. This movie is rich in production value, acting and design. Although, it could be said Keanu Reeves’ performance is one note and quite terrible mostly! There’s no denying this guy is easy on the eyes though.

This is my personal favorite vampire movie ever made. Director Jim Jarmusch created an atmosphere that works more like a play than a movie. The Hollywood Reporter agreed with me, rating it among the top five films of its respective year’s release.

Tilda Swinton and Tom Hiddleson are phenomenally cast as a couple of punk rock vampires. They’re living blissfully in desolate inner-city Detroit like a couple of drug-addicted squatters. Their Victorian flat is dank but decorated appropriately. They call humans “zombies” and grow antsy when Swinton’s sister comes to visit from Los Angeles. She drains them of their bloody food supply and just turns their world upside down. It’s really funny too! I love this weirdo movie a lot!